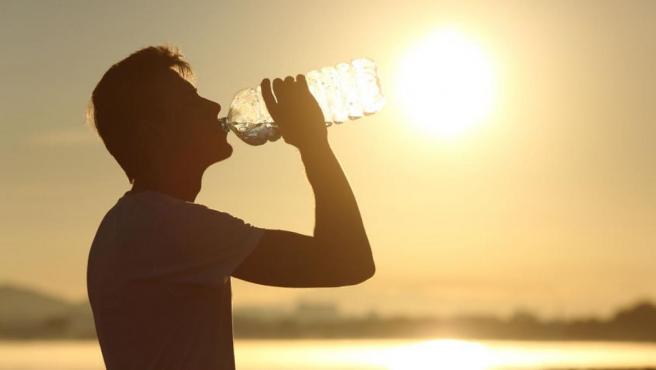 A weekend of intense heat in half of Spain with the arrival of the heatwave . Castilla-La Mancha, Andalusia, Extremadura and Madrid will reach 40 degrees this weekend, according to the forecasts released by Meteored before the beginning of the warmest period of the year – between July 15 and August 15 -, which will cause an increase in temperatures that will leave a very hot weekend.

Greeks_ (Teruel)
This is the Spanish town where it is coldest in summer: August down to zero degrees
This Friday high temperatures are already expected in the Guadalquivir, Guadiana and Tajo valleys, which are joined by the Miño Valley, as well as the center and south of Gran Canaria and Las Vegas del Guadiana in Extremadura, with maximums that will exceed the 39 ° C.

“And all this accompanied by tropical nights , with temperatures that will not drop below twenty degrees in much of the southwest quadrant, the Mediterranean coast and the Canary Islands,” said the spokesperson for the State Meteorological Agency (AEMET) , Beatriz Hervella .

For the weekend, Hervella has advanced that “on Saturday the temperatures will reach a ceiling” and the warnings will be extended towards the center of the peninsula, specifically, a good part of Castilla-La Mancha, areas of the Community of Madrid, within the Community Valenciana, as well as the south of Lugo, among others.

For Sunday, “a general drop in temperatures of between three and four degrees is expected in the southern half,” according to the spokeswoman, who has specified that, in the case of the southern half of the peninsula, “it will be enough to foreseeably A good part of those areas that will keep yellow warnings on Saturday will no longer be in that surveillance situation, except predictably the interior of Galicia and the occasional specific area “.

In any case, he has indicated that although there are hardly any warnings, “Sunday’s day will continue to be hot in almost all of Spain . ” Although no temperature record has yet been broken so far this summer, this weekend they could occur in areas of the north of the peninsula.

The dog days, whose name is attributed to the constellation Can Mayor and part of a series of beliefs born in Ancient Greece , is known as the warmest period of the year. The Romans thought that at this time the heat of the Sun was combined with that emitted by the star Sirius, giving rise to a notable increase in temperatures.

This time of year is also known as intra-festival drought because it is usually characterized by great atmospheric stability caused by a powerful anticyclone that extends from Bermuda.

A temperature record could be broken in the north
The Meteored reference model anticipates a last week of July and the first week of August with temperatures without fanfare. However, the onset of the heatwave will be characterized by abnormally warm records in the northern third of the peninsula. Faced with these anomalies, the rest of the peninsula and the Canary Islands will have normal temperatures or slightly cooler than usual.

Later in August, temperatures could once again be higher than normal in most of the country, being up to 3ºC above the historical average . Meteored emphasizes that, although no record for temperatures has yet been broken so far this summer, this weekend they could occur in areas of the north of the peninsula.