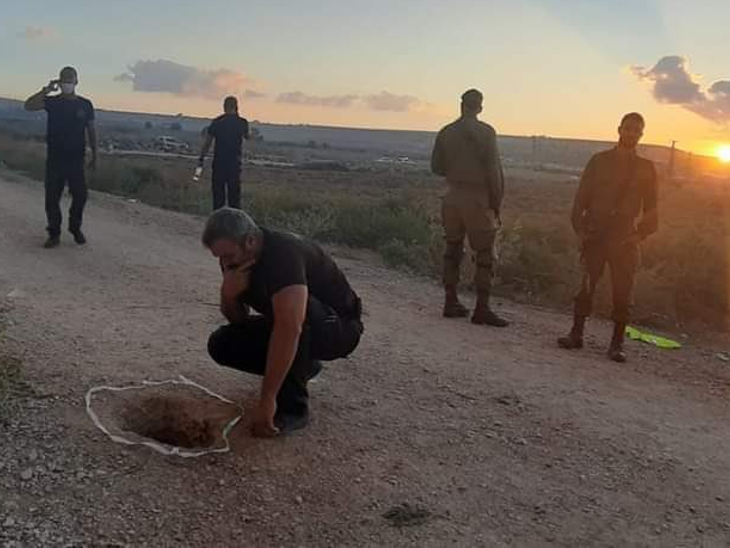 Six prisoners escaped from Giloba prison, considered Israel’s safest. The incident came to light on Monday morning. All the escaped prisoners were Palestinian citizens and faced serious charges of murder and attempt to murder. Israel’s Prime Minister Neftali Bennett was informed of the matter. After some time, he considered it in the cabinet. After some time, orders were issued for a high level inquiry into the matter.

According to media reports that dug the tunnel , the Palestinians had been planning to escape for several days. For this, he started digging tunnels from under the wash basin. At some distance from where this place was, there is a prison wall and after that there is a road. After crossing the road the fields begin. Overall, not many people come here except the local farmers.

A big town nearby
According to reports, the West Bank area starts after the farms and there is a big town close by, its name is Jenin. All the prisoners came out of the tunnel and crossed the road and went towards the fields. Some farmers saw these and informed the Israeli authorities. After this the investigation started and the tunnel was discovered. Photos of the road from where Palestinian prisoners fled towards the fields are going viral on social media. The police have not given any information about this till now. His officers are probing the whole matter.

The search is on for the prisoners. For this, the Israeli police is also taking the help of drones and helicopters. An officer said – Most of the investigation into the incident has been completed. We will re-arrest all the escaped prisoners very soon.

Distributed sweets in Palestine
As soon as the news of the escape of six prisoners from an Israeli prison came, people distributed sweets on the streets in the West Bank and many parts of Palestine. During this, the passers-by were stopped and sweets were fed to them. The Israeli police have also included intelligence agencies in the investigation.