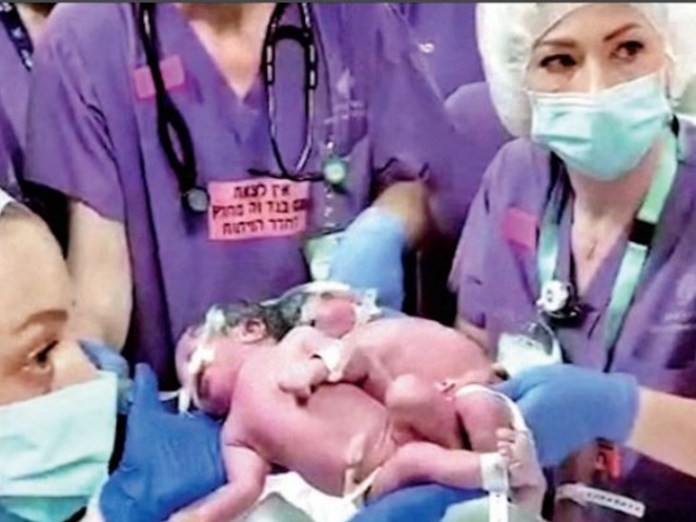 At the Soroka Medical College in Israel’s Beersheba area, two twin sisters have been separated by a successful operation a year after their birth. Now these sisters can see each other. Actually, these girls born in August last year were attached to the head from the back side. That’s why they couldn’t see each other.

According to doctors, the surgery to separate these girls was very complicated and rare. There have been only 20 such surgeries in the world. This was the first such surgery in Israel. After a difficult 12-hour operation, doctors are now hopeful that the sisters will be able to lead a normal and healthy life.

Dr. Mickey Gideon, chief pediatric neurosurgeon of Soroka Hospital, says the surgery was so complex and difficult that it took months to prepare. First, a 3D virtual reality model of these girls was created, so that doctors could understand the intricacies of the operation. These girls were then placed in inflatable silicone bags on their heads and inflated slowly over several months to expand their skin and provide additional skin for the individual ends after surgery.

During the operation, the skulls of both the girls were also made anew. According to doctors, this surgery was very risky between major blood vessels. A small mistake could have resulted in the death of a girl child. But now everything is fine. The identities of these girls have not been revealed at this time.

One out of 2.5 lakh is attached to the body, so far only 20 operations have been done