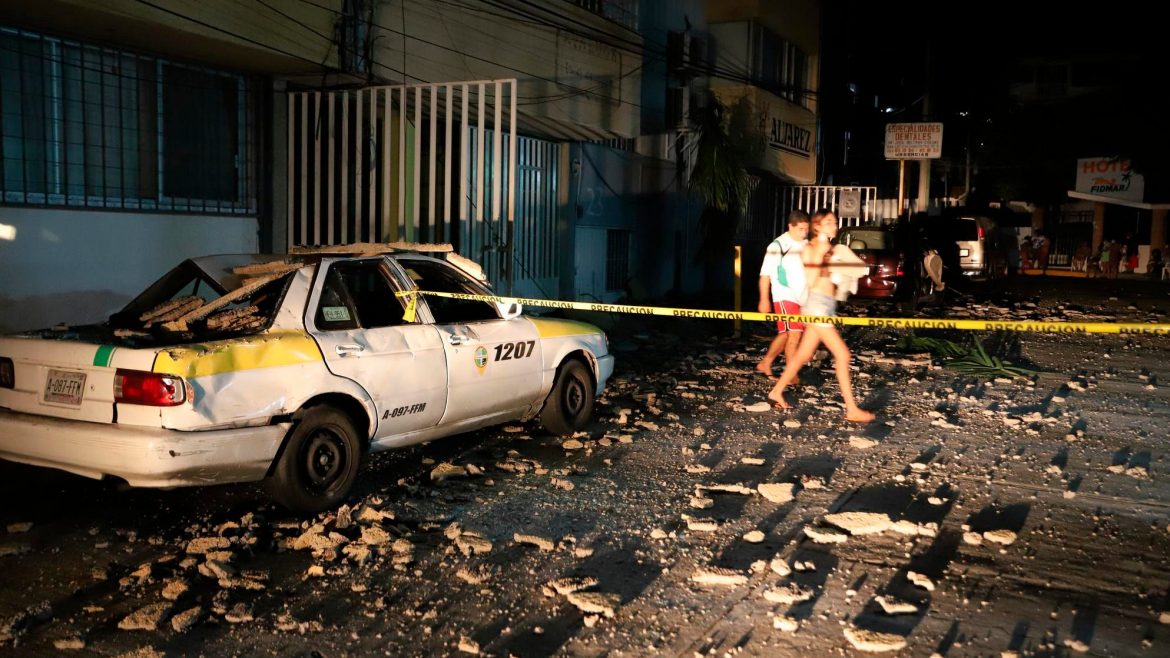 A severe earthquake struck the North-American country of Mexico on Tuesday night. Its intensity was 7.0 on the Richter scale. The tremors were so strong that people came out on the streets with their families in panic. Officials said that no one died in this earthquake. No major damage has been reported.

Officials said the biggest impact of the quake was seen in Acapulco in Guerrero state. Trees fell here and big stones fell on the roads. There was a power cut and people spent the night on the streets in panic. It was raining during this time. Mexican Prime Minister Manuel López Obrador said the tremors shook mountains and damaged several houses.

However, in view of the intensity, a tsunami alert was issued. Natural disasters are frequent in Mexico. Before this earthquake, the country was battling heavy floods. The floods that hit Hidalgo state a few days ago had claimed many lives. After Earthquake, a Mexican said – it was very frightening. It reminded me of the 1985 earthquake.