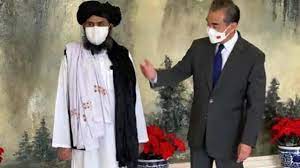 China is considering deploying military personnel and economic development officials at Bagram airfield, perhaps the most prominent symbol of 20 years of US military presence in Afghanistan.

The Chinese military is currently studying the impact of the Belt and Road Initiative (BRI) sending workers, soldiers and other personnel related to its foreign economic investment program to Bagram in the coming years. Chinese military officials gave this information on the condition of anonymity.

Beijing has already openly recognized the strategic importance of Bagram. China’s latest idea of ​​quietly expanding its economic and military influence beyond its borders matches good practices proven in recent years. The current idea in Beijing is not for any pending agitation, but a possible deployment two years from now, the source says.

Besides expanding its regional influence, Beijing’s possible plan for Bagram would also be a devastating blow to the image of the US, which sees China as its most pressing and challenging global threat. Shinkman has said this.

Even before this, China’s military, the People’s Liberation Army (PLA), has in recent years acquired exclusive rights over about a third of the Reem Naval Base in Cambodia. In Myanmar, it has provided radio, radar and other military equipment to the local junta on the Coco Islands. Where China has reportedly held leasing rights for the past three decades.

It has adopted a similar strategy in neighboring Pakistan. It has strengthened new security and intelligence-sharing arrangements in recent years, as first reported by US News. China could possibly achieve its latest ambitions for Bagram with the help of Pakistan.