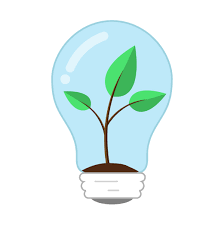 In the editorials of the world’s prestigious journals, leaders have been urged to take measures on the issue of ‘the biggest threat to public health’.

Global warming is already affecting people’s health so much that emergency action on climate change cannot be avoided. These warnings came from reputed medical journals around the world on Monday. 200 medical journals have jointly demanded that climate change should be taken urgently to protect public health. The British Medical Journal said that for the first time so many publications have come together to issue a statement, which gives an idea of ​​the seriousness of the situation. The editorial is being published ahead of the UN General Assembly and the climate summit in Glasgow.

Demand ahead of climate summit

“The global warming and natural catastrophes are already harming health,” said an editorial in journals from the COP26 climate summit in November. , demand immediate action to prevent damage to nature and protect health. Editors of more than a dozen magazines, including The Lancet, have written in editorials that it has caused many health problems. “The heat-related mortality rate among people over the age of 65 has increased by more than 50 percent in the past 20 years. Higher temperatures have led to dehydration, kidney damage, tropical infections, adverse brain health, pregnancy complications,” the editorial said. , allergies, heart and liver diseases and deaths have increased.

These effects are just beginning, the editorial warned, hurting the most vulnerable such as minorities, children and poor communities. We can’t wait for the pandemic to end with a rapid reduction in emissions, despite the world’s busyness in dealing with COVID-19. In a statement before the publication of the editorial, the head of the World Health Organization said, “The Kovid-19 pandemic will end, but there is no vaccine for the climate crisis. Every step taken to limit emissions and global warming will give us a better future.” and close to health.” The editorial suggested that just as immediate initiatives were taken to deal with Kovid-19, similarly the issue of emergency response for environmental crisis should be raised. The authors also said that governments should make necessary fundamental changes to improve society, economy and people’s lives.