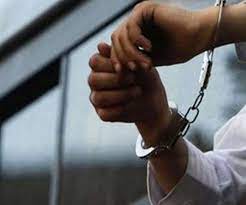 Hong Kong police on Wednesday arrested four leaders who organized an annual protest against the Tiananmen Square massacre in the city on June 4 last year.

The pro-democracy group said Hong Kong activist and barrister Chaw Hang Tung has been arrested for supporting China’s Patriotic Democracy Organization. Along with him, three of his associates have also been arrested. Chaw said on Tuesday that he wanted to tell the people of Hong Kong that we all need to continue our protest. There is no need to succumb to unreasonable forces.

Chaw said that the police had sent a letter against the organization saying that they should not be given any information. The National Security Department said one in four of those arrested was a woman. The age of all of them is from 36 years to 57 years. Investigation is on in this regard and more people may be arrested.

Let us tell you that in Hong Kong opponents of China have been arrested. Last month, a famous singer Anthony Wong was arrested by the Anti-Corruption Organization. The singer is accused of violating the law by singing a song at a political rally. In fact, singer Wong sang at a political rally three years ago, which is in violation of the law. Let us tell you that Anthony Wong was arrested on the report of an independent commission against corruption. He was later released on bail.