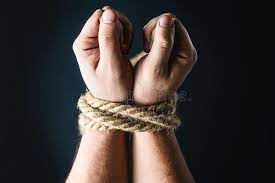 North Korea and its dictator Kim Jong Un are always in discussion. These days inflation is at its peak and the economic situation is deteriorating continuously. Due to natural disasters like the corona virus and hurricanes, a severe food crisis has arisen in North Korea. Meanwhile, another shocking revelation has come to the fore in which it has been told that due to hunger and poverty, the situation is such that people are now kidnapping children to fill their stomach. Not only this, kidnappers are admitting that they are doing this under compulsion.

Actually, inflation is at its peak in North Korea these days. According to a report in ‘Daily Mail’, the condition of inflation is such that the prices of everyday necessities are also skyrocketing. According to local reports, $ 70 (about five thousand rupees) has to be spent to buy a small packet of tea leaves and $ 100 (about seven and a half thousand rupees) for a packet of coffee. For a dozen bananas, people here have to pay up to $ 45 i.e. 3300 rupees.

According to the report, kidnappers are demanding huge amount of money to meet their expenses in lieu of dropping the children. Several child abductions have been reported in this country in recent weeks. The police have found the same pattern in all these kidnappings during the investigation. Not only this, kidnappers are also abandoning the children after getting the money.