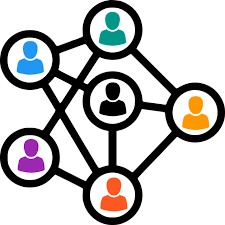 Whenever it comes to Social Mindful, the Japanese dominate. The Japanese are very aware of how their actions will affect others.

Whenever it comes to Social Mindful, the Japanese dominate. The Japanese are very aware of how their actions will affect others. At the same time, the place of Indians in this matter comes very low. Indians are less concerned about this than the Japanese. Its disclosure has been revealed from the study done in 31 countries.

Social Mindfulness Japanese people were considered the top in decision making, they took 72 percent of decisions, followed by Austrians with 69 percent of socially mindful decisions, while Mexicans came in third place. On the other hand, if we look at the countries below in this list, Indonesia is at the bottom with 46 percent, followed by Turkey with 47 percent and India is in third place from the bottom with 50 percent decisions. The study was published last week in the journal Proceedings of the National Academy of Sciences.

The researchers found that social mindfulness, in other words, cooperative interpersonal behavior in which individuals consider the needs and perspectives of others, differed significantly in cross-national research.

For this research, 65 international researchers studied the social behavior of humans. Most research on human cooperation is based on tasks that require some real effort or investment that come at the cost of respect for others.

On the other hand, the neighboring country China is ahead of us in making socially minded decisions and 62 percent of the people took the decision there, apart from China, Britain is at 64 percent and America is at 58 percent.

In this study, researchers created 12 hypothetical options for 8,354 participants. The results that followed made clear significant differences between countries and individuals. The researchers said they studied industrialized countries since the same stage of the economic development process to make for a better comparison.