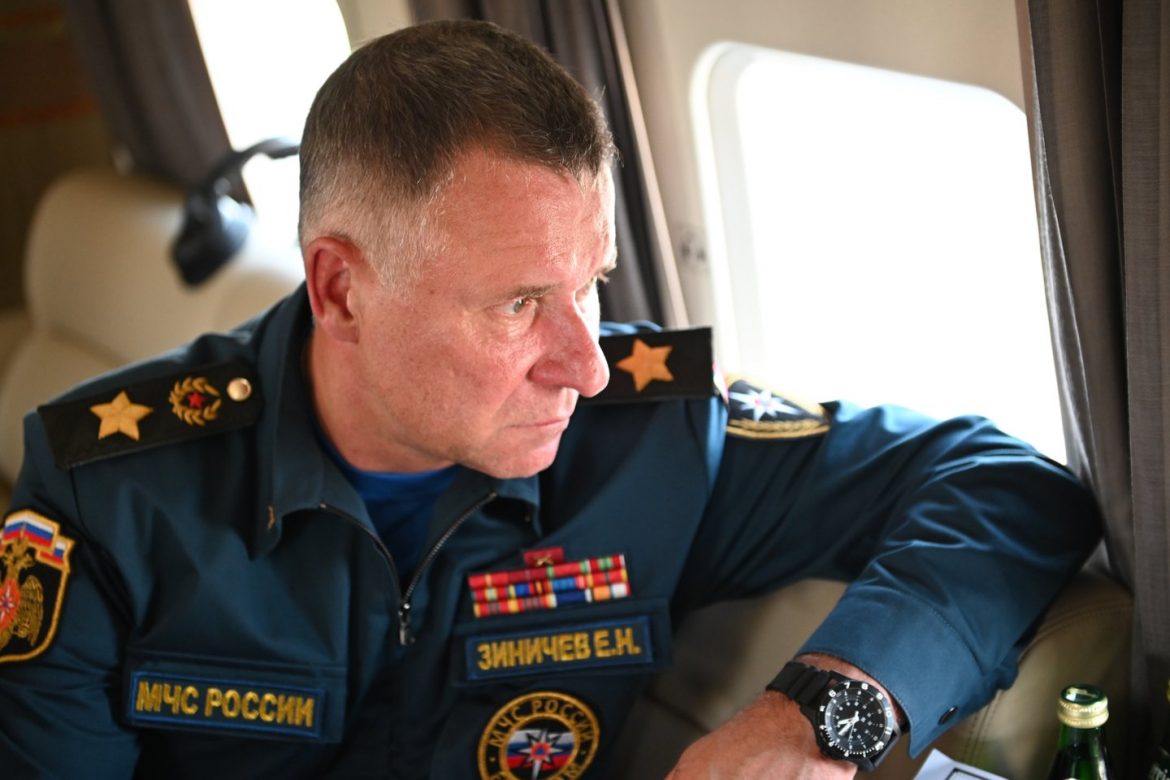 Russian Emergency Minister Yevgeny Zinichev has passed away. “We regret to inform you that 55-year-old Yevgeny Zinichev has died while attempting to save a man during a training exercise in the Arctic city of Norilsk,” the ministry said in a statement carried by Russian news agencies.

The ministry said in a statement on Wednesday that Zinichev was in the Arctic to oversee large-scale exercises and visited the construction site of a new fire station in Norilsk as well as a search and rescue team. The ministry in its statement did not give any details about where the incident took place and how he died.

Zinichev became the head of Russia’s Ministry of Emergency Situations in 2018. His predecessor stepped down after a massive fire at a shopping mall in Siberia that killed more than 60 people sent shock waves across the country.

According to media reports, Zinichev died during the making of a training video for the Ministry of Emergency Situations. They tried to nab a film crew member who had slipped off the edge of a cliff, in which the crew member also died.

Zinichev served for two months as acting governor of Russia’s Kaliningrad region in 2016. Prior to this, he was part of President Vladimir Putin’s personal security system for a long time.

He was headed to the Ministry of Emergency Situations in 2018 after President Putin won re-election. Before becoming a minister, Zinichev held several jobs as a former deputy director of the Federal Security Service and acting regional governor of Kaliningrad.

Yevgeny Zinichev began his career as a KGB officer in the late 1980s and continued to serve in the post-Soviet Federal Security Service (FSB).