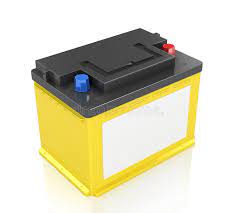 The challenge of increasing pollution is getting tougher. Lead is a major factor of environmental pollution. The process of recycling lead that is adopted is also not safe. The Indian Institute of Technology (IIT) Madras and IIT Kanpur have taken a major initiative towards curbing lead-borne pollution. Researchers have conducted a study, in which suitable policy measures have been suggested, which can reduce lead pollution in the country. may prove helpful. The study provides an in-depth analysis of the challenge of lead recycling in India, as various types of lead pollution are affecting people’s physical and mental health.

Currently, the process of recycling lead is fraught with many dangers and challenges. Workers who recycle lead-acid batteries in the unorganized sector do this in a way in which the acid and lead particles from the battery dissolve in the soil and the surrounding environment. Not only this, lead is smelted in an open furnace, due to which the toxic elements reach the atmosphere through the air. Thus, this method of recycling lead is extremely harmful not only to the environment, but also to the health of the workers involved in it. In fact, this process is widely practiced because it is very cheap and remains an attractive option for people involved in this work. Also it operates very commonly in developing countries, as it is very economical for the unorganized sector.

It is noteworthy that lead is also used extensively in other industries like paints, cosmetics, jewellery, hair dyes and ammunition. Yet the battery industry alone consumes about 85 percent of the total lead produced.

RK Amit, Professor, Department of Management Education at IIT Madras, said, “As the primary sources available for lead are insufficient to meet the demand, a reliance on used batteries becomes necessary. However, due to the unscientific methods adopted for their recycling, this process has also become the cause of many health hazards. In such a situation, we have done a very comprehensive study of various aspects of moving this enterprise from unorganized to organized.