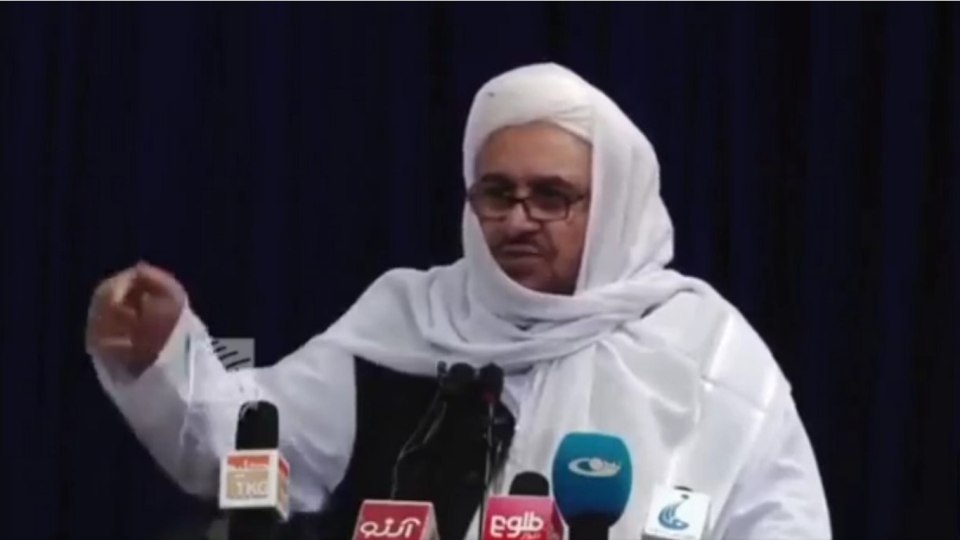 A new cabinet was formed on Tuesday, less than a month after the Taliban took over Afghanistan. Since then, many world leaders have wondered how they should maintain relations with the Taliban. Taliban supreme leader Haibatullah Akhundzada made this clear in his first public statement, “In the future, all matters of governance and life in Afghanistan will be governed by the laws of the Holy Sharia.”

While the Taliban have promised better policies in an effort to gain global recognition, the reality on the ground is different. The Taliban’s claims are being questioned due to the announcements by its leaders. In a video shared widely on social media, Taliban Education Minister Sheikh Molvi Nurullah Munir was seen questioning the relevance of higher education.

Sheikh Molvi Nurullah Munir is seen saying in the video, “No PhD degree, Master degree is valuable today. You see that the mullahs and the Taliban who are in power don’t even have a PhD, an MA or a high school degree, but are the greatest.” After which this statement is being heavily criticized. One Twitter user wrote, “Why is this guy talking about education.” Another user said, “Higher education minister says higher education is not worth it.”

One wrote, “Such shameful thoughts about education, their being in power is devastating especially for the youth and children!” At the same time, the Taliban on Tuesday announced the cabinet of the caretaker government of Afghanistan and appointed Mullah Mohammad Hassan Akhund as Prime Minister. The cabinet includes top figures of the Taliban, who dominated the 20-year war against the US-led coalition and allies of the then Afghan government. In this, a leader of the Haqqani network, a globally designated terrorist, has been given the charge of Home Minister.

Taliban spokesman Zabiullah Mujahid said during a press conference in Kabul that in the “new Islamic government” Mullah Mohammad Hassan Akhund, head of the Rahbari Shura, the organization’s powerful decision-making body, would be prime minister while Mullah Abdul Ghani Baradar would be deputy prime minister.

Sirajuddin Haqqani, the head of the Haqqani network and the son of anti-Soviet satrap Jalaluddin Haqqani, has been made home minister in the 33-member cabinet and does not have a single woman member. The Taliban had promised to form an inclusive government, but there is not a single member of the Hazara community in the cabinet.