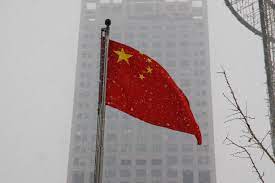 Within 24 hours of the formation of the new caretaker Talibani government with 17 terrorists in Afghanistan, China has opened its treasury to help it. Yesterday, China announced an aid of 31 million US dollars for the new government of Afghanistan. China has argued that this help is necessary to end the chaos there and restore order. In the first consignment of help, China will give food grains, winter goods, corona vaccines and necessary medicines to Afghanistan.

The Taliban announced an interim government on Tuesday, nearly three weeks after the occupation of Afghanistan. Mullah Mohammad Hassan Akhund was made the head of the government and Abdul Ghani Baradar was made deputy. At the same time, Sirajuddin Haqqani, the leader of the Haqqani network, was appointed the Minister of Internal Affairs.

Recently, the Taliban described China as their most important partner. At the same time, the Taliban said that it is looking towards Beijing to rebuild Afghanistan.