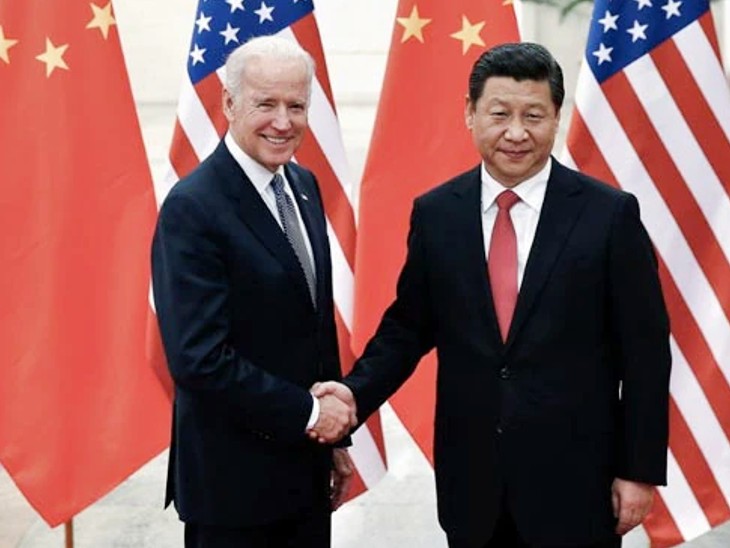 US President Joe Biden on Thursday held talks with Chinese President Xi Jinping for the first time in seven months. It was told by the White House that the competition between the two countries should not turn into conflict, there was a discussion about it. Talks were also held about that no such situation should arise in future that unwanted conflict starts between US and China. According to Chinese media, Jinping told in a conversation with Biden what kind of difficulties have arisen in front of China due to his policies.

According to a statement issued by the White House, there were extensive strategic discussions between the two leaders. During this talks were held on those issues where the interests of both the countries are colliding. Efforts were made to solve such cases. However, no important decision was taken during this period. The talks are part of an effort to bring responsibility to the competition between the US and the PCR, the statement said.

Trying to bring the relationship back on track
, a White House official said that the goal of this phone call was to create a track between the two countries, so that responsibility can be brought in the relationship. This conversation has taken place at a time when the US is said to be angry with the cyber security violations being done by China, the way it is dealing with the corona virus epidemic. Recently, the White House called Chinese trade rules coercive and wrong.

Biden’s talks with Jinping for the second time as President It is
known that after becoming President, Biden has had talks with Jinping for the second time. Earlier in February, he had called the Chinese President, at that time the two leaders talked for two hours. Meanwhile, the efforts of talks between the US and China at the lower level so far, their results have not been positive.