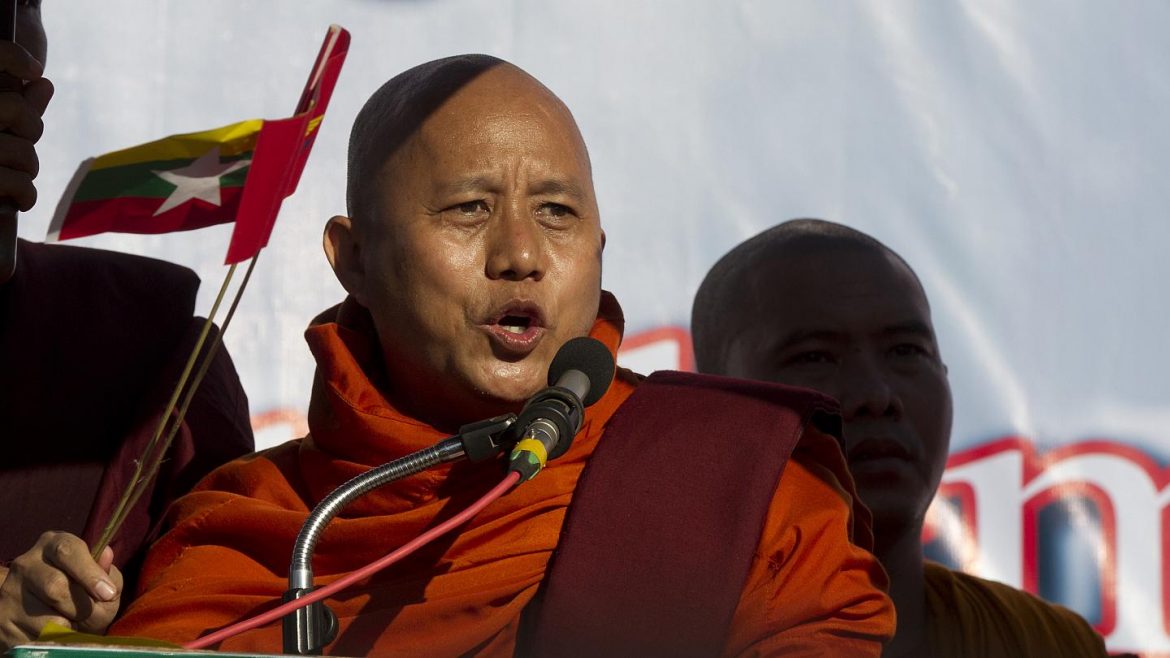 A news from Myanmar is currently the subject of discussion all over the world. The news is that Myanmar’s firebrand and controversial monk Ashin Wirathu has been released from prison. An army spokesman gave this information on Monday. Ashin Wirathu has always been known to be anti-Muslim and has faced serious allegations including inciting violence against the Muslim community. Ashin Wirathu made a controversial statement some time ago about the Rohingya community, due to which he is even called ‘Buddhist Bin Laden’.

Not only this, in the year 2013, Time magazine featured Asheen Wirathu on its cover page. At that time the magazine had given the title – “Face of Buddhist Terror”. This was also opposed because Ashin Wirathu also identifies as a nationalist monk and has received a lot of support. Nationalist Buddhist monk Ashin Wirathu was jailed during the rule of the deposed government of Aung San Suu Kyi.

According to media reports, the monk has always been a blind supporter of the Tatmadaw (Myanmar Army). Reports said that the junta regime did not give any concrete reason for dropping the case against him. Mount Kha, another activist monk and friend of Wirathu, confirmed late Monday that the case against him had been dropped, speaking to the Associated Press (AP). “I am 100% sure that Virathu has been released. We welcome his release,” he said.

Know who is Asheen Wirathu

Asheen Wirathu was born in 1968. He dropped out of school at the age of 14 and took up the life of a Buddhist monk. Ashin Wirathu came into the limelight when he was associated with an organization named ‘969’ in the year 2001. It is an anti-Muslim and nationalist group. However, the people of ‘969’ organization have always denied the allegation of radicalization against themselves. In 2002, Ashin Wirathu was jailed for the first time for spreading violence. But after eight years he was released and then started giving ‘hate speeches’. He was arrested again for making controversial statements on Rohingya.