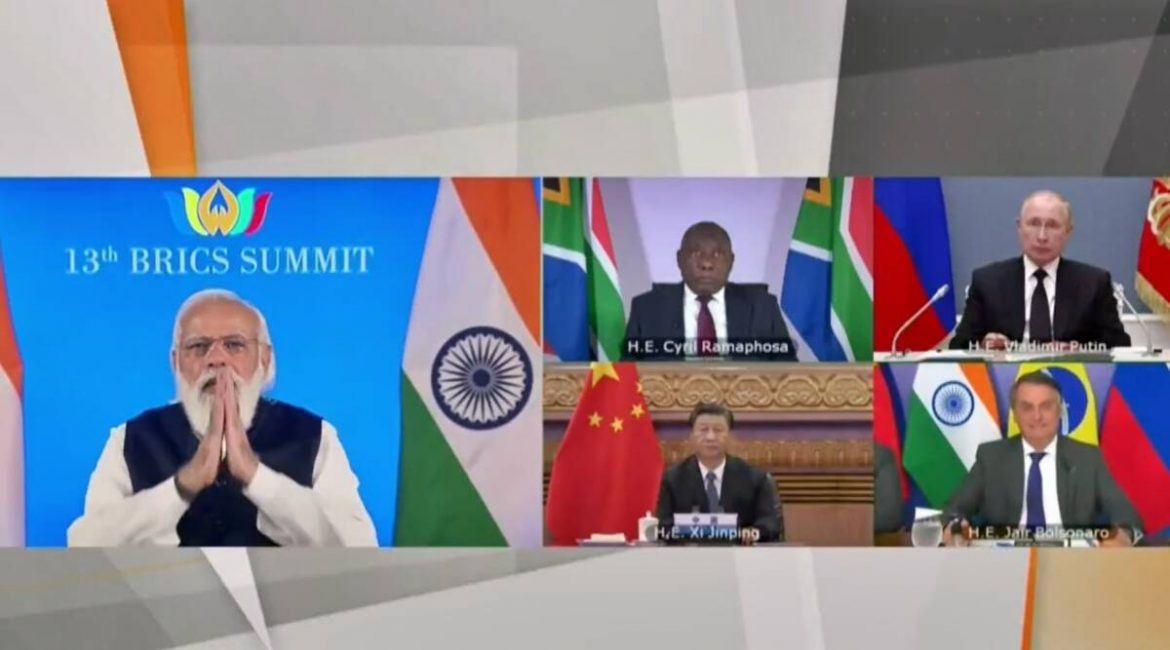 Prime Minister Narendra Modi addressed the 13th BRICS Summit this evening. In this, the heads of state of all the BRICS countries were virtually involved. The Prime Minister emphasized on the shared use of resources in this. He also talked about fighting together against terrorism.

At the summit, Russian President Vladimir Putin blamed the withdrawal of US forces for the Afghanistan crisis. He said that this new crisis has arisen due to the departure of America and its allies from Afghanistan. It is still not clear how this will affect regional and global security. It is a good thing that the BRICS countries have focused on this.

The voice of BRICS in the world became effective,
Modi said – during the presidency of India, we have got full cooperation from all BRICS partners. I am grateful to all of you for this. BRICS has made many achievements in the decade and a half. Today we are the influential voice of the world. This platform is becoming useful for addressing the priorities of developing countries.

BRICS should fight terrorism together,
we have executed the BRICS Counter Terrorism Plan. We have started a new chapter of cooperation with the agreement. With this, intra BRICS trade will be easy, Vaccination Research Center will also be built. These steps will not only benefit our people, but the role of BRICS will also continue. This meeting will be useful for making BRICS more useful in future.

The role of BRICS should be important for the next 15 years,
Modi said that BRICS has started platforms like New Development Bank, Energy Research Corporation. We have a lot to be proud of. It is also important that we do not become complacent. We have to ensure that BRICS is useful for the next 15 years. Prime Minister Modi is chairing the BRICS summit for the second time. Prior to this, he has presided over the BRICS summit held in Goa in 2016.

Jinping said – will work together for the future,
Chinese President Xi-Jinping said – this is the 15th anniversary of BRICS. In the last 15 years, we have increased political confidence and promoted diplomatic dialogue. We found a strong way to communicate with each other. We have made progress in many areas. Together we are on our journey of shared development.

Jinping said- Since the beginning of this year, our allies are trying to recover from the epidemic and we have also made progress in many areas. We will work together for the future of BRICS. We will develop strategies based on shared resources to meet our challenges. strengthen the future of BRICS.

What is BRICS Group and who are its members?
BRICS is a group of five countries Brazil, Russia, India, China and South Africa. It was made in 2011. The purpose of forming this group is to counter the economic and political clout of the western countries. BRICS has created its own bank against the International Monetary Fund and the World Bank based in Washington.